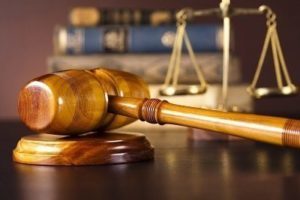 Assault is one of the most common charges in Missouri. Unfortunately, it doesn’t take much to be charged with assault, and happens to people who are innocent and have not participated in any such crime.

If you have been charged with assault in Missouri, you should strongly consider getting legal help from an assault lawyer St Charles, MO believes in and who understands the nature of these charges. Traffic Ticket Center can give you the prompt and personalized attention that you might need.

Assault can be defined as any “willful” attempt to inflict harm or injury upon another person. Kicking or swinging a fist at someone can be considered assault, as well as potentially throwing a glass bottle or deliberately hitting someone with a car.

Assault can be charged as a misdemeanor or felony. Consequences are often harsh and may include jail time, fines, probation, or a criminal record. If the victim was a police officer, paramedic, government personnel, or of other certain professions, the penalties could be much worse and include lengthy prison sentences.

Assault with a deadly weapon charges are not treated the same as simple assault charges. A prosecutor will likely seek severe penalties, especially if the sustained injuries were serious or life threatening. Without a criminal defense lawyer on your side, you risk facing the harshest consequences. St Charles, MO assault lawyers have defended individuals who have been charged with

When You Have Been Wrongfully Accused

As a trusted St Charles’ assault lawyer, we have found that many of our clients have been accused with assault that is completely unwarranted. Some of these charges have been the result of a mistake perception, and others confusion between you and the real person who committed the act. We have also discovered, through intensive investigations, that some of our clients have been wrongfully accused. These deliberate, and false, accusations can be motivated by a drive for revenge, jealousy, or envy. Finally, it is possible to use force as a means of defense. In this situation, you might have been arrested because police did not witness the full event which may have included you being attacked by the alleged victim.

If you did commit assault, it is not uncommon for witnesses and the accuser to exaggerate the facts or embellish the situation. There could be evidence to mitigate your conduct; such as provocation.

Regardless of what the circumstances might be, and you can assure yourself in knowing that there are almost always circumstances, it is the job of a criminal defense lawyer to uncover the truth. Whether your case is presented in negotiations with a prosecutor or goes to trial, our firm will work hard to present your defense in the most favorable way possible.

A knowledgeable, clever, and tenacious assault lawyer in Missouri can help to create a defense that could prevent an unjust or harsh conviction. By choosing a private lawyer over a public attorney, there is a better chance in having your charges reduced or dropped. By choosing us to defend you, you can feel confident in knowing:

An assault conviction can change your life. The best choice you can make following an assault charge is to contact an assault lawyer St Charles, MO trusts. For a consultation, call Traffic Ticket Center.