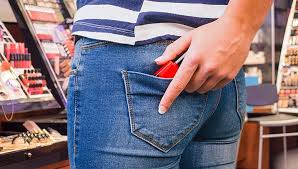 There are certain times of the year where shoplifting occurs more often than other times. This is especially true during the holiday season when more shoppers descend on malls and other retail establishments. Although retailers are always cognizant of the possibility of someone attempting to take merchandise without paying for it, many store employees are particularly vigilant during the holiday season because of the increased incidents that take place.

This vigilance can often lead to false accusations of shoplifting, as well. And in Missouri, if the amount of the merchandise the shopper is accused of trying to steal is valued at more than $500, they will be charged with a felony. At the Traffic Ticket Center, our shoplifting attorneys have aggressively defended many clients who have been arrested for retail theft with positive results.

A shoplifting attorney will evaluate the charges against you and determine what the best mode of defense strategy based on the circumstances of your case is. Some of the more common defenses our St. Charles shoplifting lawyers have argued include:

If you or a loved one has been charged with retail theft, contact the Traffic Ticket Center immediately. The sooner our legal team can begin building your defense, the better your chances are of a positive outcome. Not only could there be severe consequences if you are convicted, including jail time and hefty fines, but the conviction will be on your permanent criminal record. This could affect your ability for employment and housing. Call our office today to set up a free consultation with a shoplifting lawyer St. Charles, MO clients recommend.