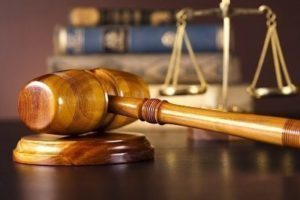 If you have been accused of stealing something from another individual, this could result in serious penalties, including fines or even imprisonment. First, it is imperative that you do not say anything to authorities because, as the saying goes, “Anything you say can and will be used against you in a court of law.” Second, it is imperative that you retain a larceny lawyer as soon as possible to help you avoid fines or jail time. If charged and convicted of theft, that criminal conviction will always be attached to your name and will most likely come up in background checks for employers or landlords. If charged with theft, your St Charles, MO attorney has a few options for defenses. These are:

Intoxication. One possible defense is intoxication. If the defendant can prove that they were intoxicated at the time of the alleged theft, they might have a good defense. The intoxication can either be by alcohol or drugs and if the accused was unable to actually have the intent to steal (in a drunken stupor, they could have believed something was their property), this may be a reasonable defense.

Returning property. If you did, in fact, steal something but then returned it, this will most likely not prevent theft charged from being brought against you, but it could create a more sympathetic picture when it comes to bargaining, plea deals, or reducing penalties. Another option with this is to establish that the defendant did intend to return the property when they took it. In doing so, you would claim that the property was simply borrowed.

Right of ownership.  It is also possible to establish a defense if the person accused of stealing the property could establish that they believed the property they took in the first place was actually theirs. That said, it is not as easy as saying “I thought that jacket was mine.” There must be some type of sufficient evidence to support the claim that the item was theirs (such as a receipt).

What can you do if accused?

While being accused of theft is no light matter, and there are serious punishments if convicted, there are certain defenses that could be used for the alleged theft. While some people have elaborate plans to commit theft, others accidentally stumble into being accused. Perhaps you accidentally took an article of clothing with you into a bathroom while shopping, or mindlessly put something in your purse to hold it so you could use your hands for something else. If you have been accused of theft, call a larceny lawyer St Charles, MO clients recommend at the Traffic Ticket Center today to get a free consultation. We care about your future.